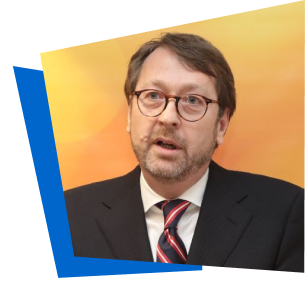 Dr Jorg Taubel is an expert in clinical pharmacology with a special interest in cardiac repolarisation changes related to iatrogenic interference with glucostasis. He has conducted more than 500 early phase studies in patients and healthy volunteers, usually in the capacity of Principal Investigator since 1995. He has extensive experience in cardiology, neurology, gastroenterology and ethnic bridging studies.

Graduating in medicine from the Goethe-Universitat in Frankfurt in 1987, Dr Taubel subsequently received a postgraduate MD in cardio-psychology in 1989 from the same university. He worked in clinical medicine in Germany and the UK and trained in clinical pharmacology in Berlin and Frankfurt before relocating to London in 1992 where he trained with Professor Brian Prichard at St George’s University London between 1995 and 2001.

Dr Taubel has authored of over 150 scientific publications. He is the CEO of Richmond Pharmacology which he co-founded with two medical colleagues in 2001 at St George's University Hospital in London. He has presented his research at numerous international meetings and workshops in Europe, US and Japan.

He teaches students and doctors working at Richmond Pharmacology enrolled in Specialist Training in Pharmaceutical Medicine.

His research at Richmond Research Institute focuses on the effects of nutrition on the electrocardiogram (ECG) and the underlying autonomic and hormonal effects on cardiac repolarisation. He is currently researching the relevance of these findings in relation to sudden cardiac death in diabetic patients. His work has been recognized by the US Food and Drug Administration (FDA), the Japanese Pharmaceuticals and Medical Devices Agency (PMDA) and the European Medicines Agency (EMA).