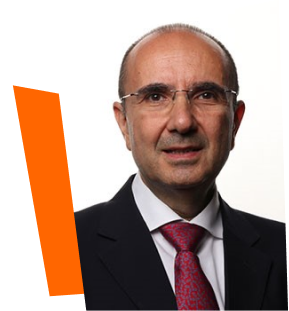 Professor Giuseppe Rosano is a professor of cardiology and consultant cardiologist at St George’s University Medical School in London.  He is also the scientific director of the Nutramed program at the IRCCS San Raffaele, in Rome.

He completed his degree in medicine and surgery with full honours at the University of Rome, La Sapienza, where he became a resident in the Department of Cardiology in 1988. In 1995, he became Senior Lecturer in the Department of Cardiology and a consultant cardiologist at the Istituto H. San Raffaele, Milano-Roma. In 2000, he earned a PhD in medical sciences degree from the University of London. He is Professor of Pharmacology by Italian qualification.

He serves as an expert in the area of Cardiovascular Medicine for the European Assessment Office of the Italian Drug Agency (AIFA), he is a core member of the Cardiovascular Working Party of the European Medicines Agency. He is president-elect of the Heart Failure Association (HFA), Chairman of the Education Committee of the HFA and Chairman of the Study Group on Diabetes and Hypertension of the HFA.

At Richmond Research Institute Professor Rosano oversees pharmacological research on heart failure and specific research to determine the effects of sex and sex hormones on QT-prolongation. Women typically have longer QT intervals and hence their proarrhythmic risk of QT-prolonging medicines is higher than that in men. In an ECG comparison of fluoroquinolone broad-spectrum antibiotics, moxifloxacin and levofloxacin, in men and women his team noted distinct differences in repolarization patterns between the sexes. These changes may be mediated by the influence of sex hormones on the balance of potassium channels.